END_OF_DOCUMENT_TOKEN_TO_BE_REPLACED

Hayabusa, the little spacecraft that could, defied the odds last night when its sample return container safely parachute-landed in Woomera. Launched by the Japanese space agency, JAXA, back in 2003, Hayabusa spent two years travelling to an asteroid named Itokawa, where it attempted to collect samples from the asteroid’s surface to return to Earth. The Hayabusa mission has been plagued with problems — pre-launch delays, failures during the Itokawa encounter, and engine and communication failures on the return trip — but after five years, it finally managed to limp home.

It’s been really interesting to see how Japanese people celebrated the return of Hayabusa — cuteness was out in full force: 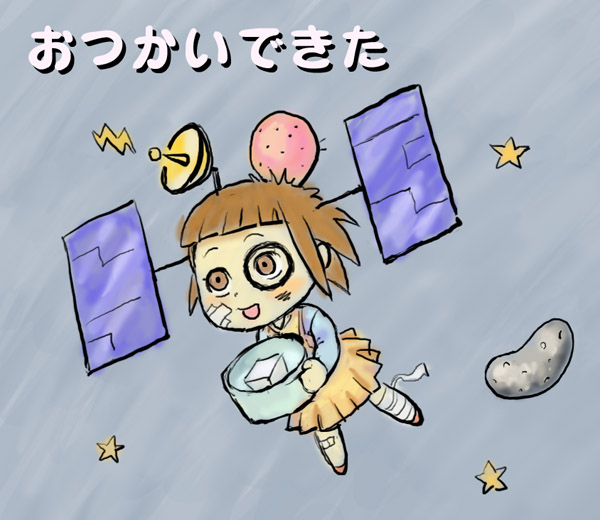 There was even a Hayabusa cosplayer at JAXA’s public viewing area! JAXA is doing some very cool stuff at the moment — its recently-launched IKAROS spacecraft will hopefully prove the potential for solar sails for space travel — so I can’t wait to see what they, and the Japanese public, come up with in the future.