Last weekend, almost exactly five years after I bought my Blofeld synth, I sold it. With plans to move to the US well underway, I’ve been thinking about the things I use often enough to warrant dragging them along with me, and the Blofeld just didn’t make the cut. At first, the Blofeld was the heart of my studio — in fact, if I hadn’t bought the Blofeld, I may well have given up on trying to make music under Linux — but lately, it’s spent a lot more time powered off than powered up.

Why? Well, the music I’m interested in making has changed somewhat — it’s become more sample driven and less about purely synthetic sounds — but the biggest reason is that the tools available on Linux have improved immensely in the last five years. 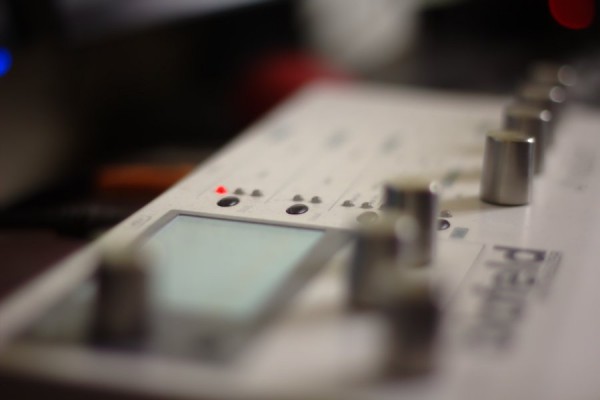 Back in 2009, sequencers like Qtractor and Rosegarden had no plugin automation support, and even if they had, there were few synths available as plugins that were worth using. Standalone JACK synths were more widespread, and those could at least be automated (in a fashion) via MIDI CCs, but they were often complicated and had limited CC support. With the Blofeld, I could create high-quality sounds using an intuitive interface, and then control every aspect of those sounds via MIDI.

Today, we have full plugin automation in both Ardour 3 and Qtractor, and we also have many more plugin synths to play with. LV2 has come in to its own for native Linux developers, and native VST support has become more widespread, paving the way for ports of open-source and commercial Windows VSTs. My 2012 RPM Challenge album, far side of the mün has the TAL NoiseMaker VST all over it; if you’re recording today, you also have Sorcer, Fabla, Rogue, the greatly-improved amsynth, Rui’s synthv1/samplv1/drumkv1 triumvirate, and more, alongside commercial plugins like Discovery, Aspect, and the not-quite-so-synthy-but-still-great Pianoteq.

I bought the Blofeld specifically to use it with a DAW, but I think that became its undoing. Hardware synths are great when you can fire them up and start making sounds straight away, but the Blofeld is a desktop module, so before I could play anything I had to open a DAW (or QJackCtl, at the very least) and do some MIDI and audio routing. In the end, it was easier to use a plugin synth than to set up the Blofeld. 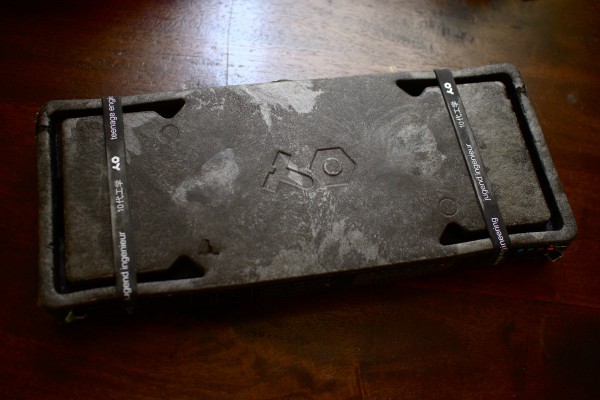 You can probably guess what’s in the box, but if not, all will be revealed soon

So, what else might not make the cut? I only use my CS2X as a keyboard, so I’ll sell that and buy a new controller keyboard after moving, and now that VST plugins are widely supported, I can replace my Behringer VM-1 analog delay with a copy of Loomer Resound. I might also downsize my audio interface — I don’t need all the inputs on my Saffire PRO40, and now that Linux supports a bunch of USB 2.0 audio devices, there are several smaller options that’ll work without needing Firewire.

I’m not getting rid of all of my hardware, though; I’ll definitely keep my KORG nanoKONTROL, which is still a great, small MIDI controller. In fact, I also have two new toys that I’ll be writing about very soon. Both are about as different from one another as you could get, but they do share one thing — they’re both standalone devices that let you make music without going anywhere near a computer.