There was a solar eclipse in Australia today; in a few lucky places, such as Cairns in far-north Queensland, it was a total eclipse, but down here in Melbourne it was just a partial eclipse. I wasn’t sure if the sun would be up high enough to get much of a view of it from my backyard, so at first I just caught a quick glimpse of it using my eclipse glasses. As it turned out, I had a great view, so I cobbled together the same observing setup I used for the transit of Venus earlier this year: binoculars strapped to a tripod, projecting the sun’s image on to a sheet of paper. 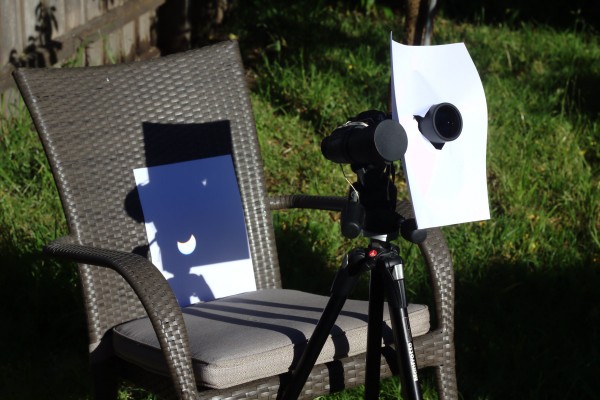 This setup produced some sharper pictures than I managed with the transit of Venus — I think sitting the paper further away from the binoculars helped. I’ve processed these shots a little, converting them to grayscale using just the green channel (it was sharper than the red or blue channels, and much sharper alone than combining all three channels) and boosting the contrast to bring out some surface detail. The “grain” in the images is just from the paper, but those dark spots on the images are definitely sunspots.

This was within a few minutes of the eclipse’s greatest coverage. It’s super-obvious here, but it was still very bright outside — if you didn’t know there was an eclipse I’m sure you wouldn’t have noticed 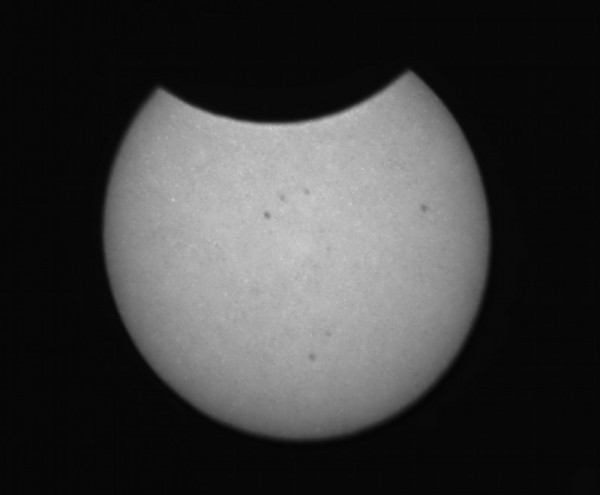 We’re towards the end of the eclipse now; I think this shot has the best surface detail out of any of the shots I took today 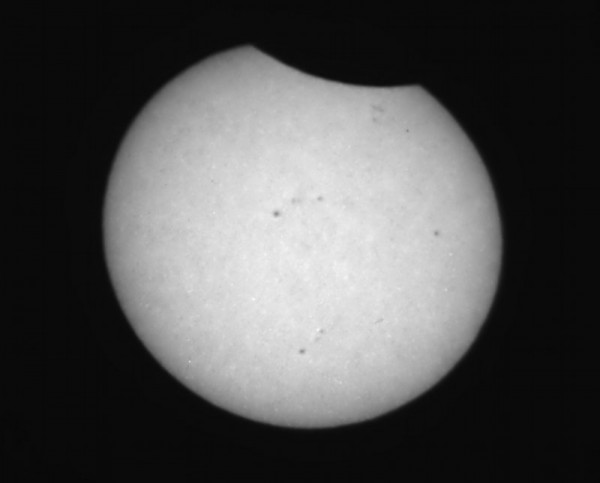 One final shot, from just before the end of the eclipse

Seeing this has given me an even greater desire to see a total solar eclipse — I’m sure I’ll get the opportunity eventually! They do happen fairly often, but you need to be in the right place in the right time, so unless one happens to occur right here I might have to plan a trip to see one.