In the wee hours of this morning, the Moon moved in to the Earth’s shadow and fell in to near-complete darkness — a lunar eclipse. This eclipse was especially long and dark, as the Moon traveled right through the centre of the Earth’s shadow, giving it a very deep, eerie red glow before fading to near-invisibility as it neared the horizon.

I had the telescope and binoculars out for visual observation, but the Canon 550D provided the real fun, with the 75-300mm lens giving enough zoom to get a reasonably close look at the action. The timing didn’t allow me to see the whole thing (it started around 4:30AM, and was still heavily in shadow as it set around 7AM), but I still got some pretty good shots. 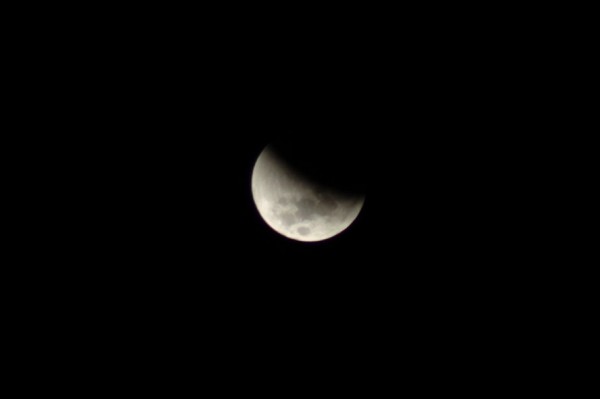 4:48AM: a chunk of the Moon goes missing 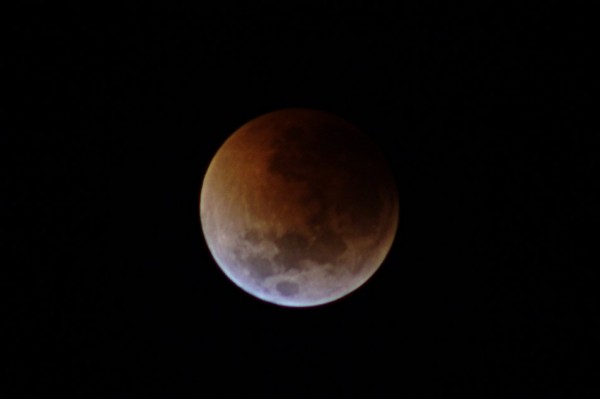 5:25AM: parts of the Moon fall in to deep shadow

I had to increase the exposure time as the Moon grew darker, which caused some slight blurring from the Moon’s motion across the sky. To limit the blurring, I also had to progressively increase the ISO setting, which made later images more noisy, but these shots still give you some idea of just how dark the Moon became in the sky. 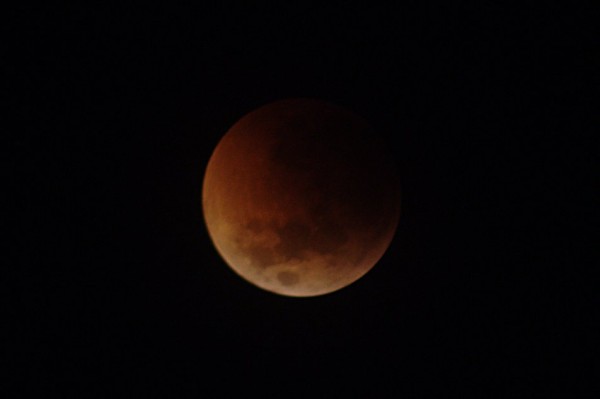 You might expect the Moon to go completely dark during the eclipse, but even when it’s entirely within the Earth’s shadow, our atmosphere scatters a small amount of light toward it. Only the reddest parts of that light make it all the way through our atmosphere, though, which causes the Moon’s red colour. 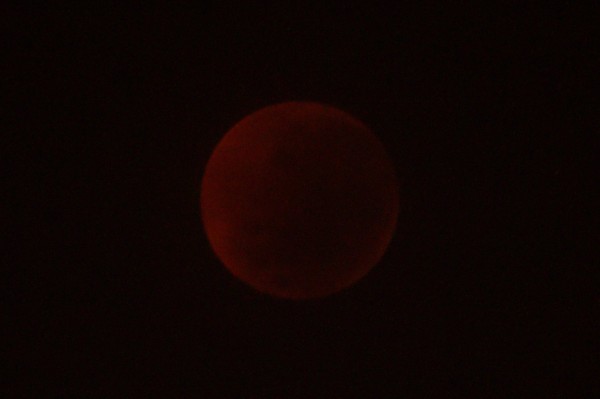 6:15AM: the Moon all but fades from view during totality

I think this is the photo of the night, though: 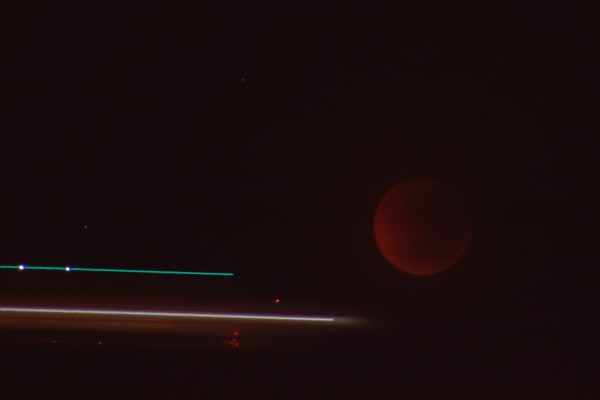 6:05AM: a timely encounter with a morning jet

It’s not uncommon for jets to fly past our house, and after seeing one fly past, my wife was ready at the camera when a second appeared. The camera was still set on a two-second exposure to capture the (by this point very dim) Moon, but that just makes the jet look like something from a sci-fi movie.

Another eclipse will be visible from here in December — it may not be as spectacularly dark as this one, but it starts at a more reasonable hour (around midnight) and the whole thing will be visible. I’m sure I’ll have more photos then, at least as long as the weather co-operates.