I’ve been playing with percussion lately, and wanted some metallic sounds, and I remembered a little app that I played with a while ago called Power Station Industralizer, a physically modeled percussion synth. It’s a little unwieldy — it’s non-realtime, so you have to “render” the sound after tweaking parameters before you can play it, and it has some annoying issues — but it can certainly make some nice clangy, smashy, metallic drum sounds. I came up with a few and threw them in to Hydrogen; the results are below. 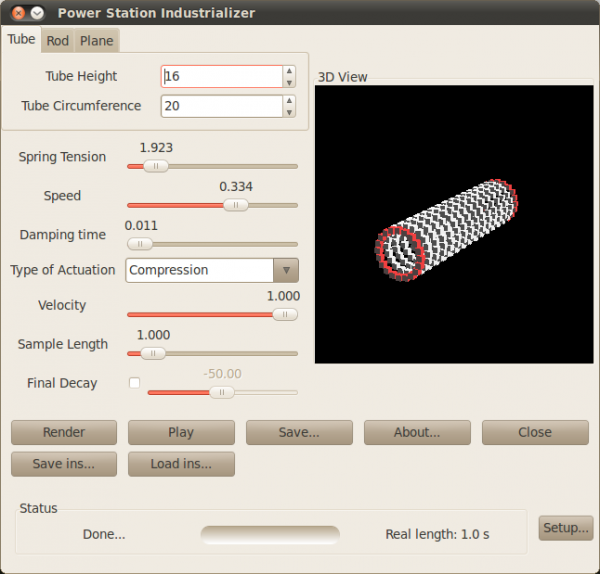 If you’re going to use PSIndustralizer, you do need to be aware of some issues. The most annoying is that, with settings for “Spring Tension” or “Speed” that are too high — and “too high” is a vague description, because it’s never exactly clear how high you can go before having problems — the render times jump from a second or two up to perhaps a minute or more, and the only way to stop the render is to exit the app. There’s also no JACK support — not a killer, since you render and save the samples rather than using it as a realtime synth — and the exported files sometimes need to be cleaned up manually to remove some nasty DC offsets. Still, I think the sounds hidden in there could well be worth the hassle.

One thought on “sketchbook: psindustralizer drums”